With all the aid money that’s thrown at international development, very little is spent supporting what actually enables it–entrepreneurship. Developed countries got that way in large part due to thriving small businesses, so why not build entrepreneurs in developing countries?

Why Entrepreneurship is the Door to Prosperity

1. In poor regions it’s the only feasible source of income

In low-income countries, especially in rural areas, there’s little or no wage-based employment. The only way to earn money is to figure out how to sell something. This creates entrepreneurs of necessity, rather than opportunity.  Unfortunately, these struggling business owners are under-resourced and ill-prepared to run a business, so they live day to day and hand to mouth. With business support they can be brought to the point where they can adequately feed their families and educate their children.

Steven Koltai, Managing Director of Koltai & Co. LLC and a guest scholar at the Brookings Institution, notes that young businesses create the vast majority of jobs in the United States. He goes on to add that “In less mature economies and fragile regions of the world, entrepreneurs are just as, if not more, critical to livelihoods and development.”

Is there hope for the next generation of farmers? Download this ebook to find out.

3. The correlation to wealth is clear

Studies have repeatedly concluded that there’s a strong link between entrepreneurship and economic growth. Koltai points out that the Legatum Institute’s Prosperity Index shows that of all their economic indicators, “entrepreneurship & opportunity” correlates most strongly with a country’s overall prosperity.

4. Small business is a source of innovation

Innovation can take many subtle forms: adaptation of well-established goods and services to local markets, a better way to do something, or a new twist on something familiar to a market. It doesn’t have to change the world, but it just may change the local economy.

Farming is a Business—a Significant One

When we hear the word “business” we don’t think of farming. But globally it’s big business. In developing countries agriculture is by far the most important business sector. Yet it has nonetheless remained underdeveloped, according to the United Nations. Besides its obvious vital role in providing food for the people, agriculture employs up to 70% of the population in the least developed countries. It also accounts for 30-60% of gross domestic product (GDP) and represents a major source of foreign exchange.

The World Bank states that “Agricultural development is one of the most powerful tools to end extreme poverty, boost shared prosperity, and feed 9 billion people by 2050. Growth in the agriculture sector is about two to four times more effective in raising incomes among the poorest compared to other sectors.”

Clearly, crops are tops in controlling the weeds of poverty.

According to the World Bank’s infoDev program, adding value via agro-processing generates sustainable jobs and earnings by constructing an impressive income-producing domino effect.

Each agro-processing job creates 2.8 additional jobs in the wider economy. Processors purchase raw materials from smallholder farmers, who in turn buy agricultural inputs such as fertilizer, seeds, pesticides, and farm equipment from suppliers.  On the other side of the chain, processors then utilize packaging, transportation, and many services to manufacture and sell finished products. It’s vegetables gone viral.

There’s another important benefit—food security. Processing can extend shelf life and smoothe feast and famine cycles. As crops are quickly converted to more stable and higher-value forms, postharvest losses of up to 80% can be avoided.

Demand for more sophisticated food products is increasing in most low-income countries because of urbanization and a growing middle class. But over-processing is not a good idea: higher income (and many other) consumers increasingly prefer organic and natural ingredients. Companies positioned to meet this demand stand to fetch the best margins.

Opportunities Ripe for the Picking

There’s a bumper crop of possibilities for small businesses in developing countries, especially in food and agriculture.  It’s time to elevate and celebrate entrepreneurship.  It takes seeds and seed funding, access to markets and to mentorship, creativity and persistence, technology and training.  Is all of this a good investment?  You bet. 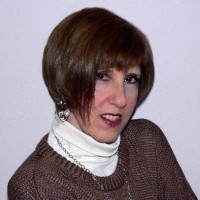 What Farmers Learn at RRTC Meghalaya About Honey Bee!
Next Post: Unleash your Culinary Creativity: Green Tea with Chicken Recipe