In simple terms, irrigation refers to the process of facilitating the supply of water to crops through pipes, ditches, and sprinklers. Irrigation system helps farmers to have less dependency on rainwater. Having an irrigation system is an important factor for assured crop production. It allows proper utilization of all the production factors and leads to increased yield.  The irrigation system also provides optimum moisture to crops and provides farmers with better yield per unit of land. Irrigation begins during the rainy season and is continued in a controlled fashion, as needed. Types of Terrace Irrigation Practiced in Different Parts of the World What is a Bench Terrace?

A series of level, or nearly level platform, built along the contours at suitable intervals, running across the slope supported by steep risers. The possible width of the terrace without excavating into subsoil or rock is a function of both soil depth and land slope.

Conceptual description: Bench terraces is a series of level or virtually level strips running across the slope at vertical intervals, supported by steep banks or risers (Sheng 1989).

Meghalaya is an agricultural state with 83% of the population depending on it for their livelihood! Indigenous farmers in Meghalaya practice traditional methods of cultivation and irrigation system.

Meghalaya receives rainfall throughout the year, so the irrigation is required only in the areas where soil has a poor water holding capacity and in undulating valleys. In such places, the farmers here practice bamboo drip irrigation and continuous flow irrigation. (Source)

One of the traditional irrigation methods practiced by farmers here in Meghalaya is bench terrace irrigation method. It is an irrigation method that is used in Meghalaya as well as throughout the whole of Northeast Himalayan region. In this method, the water source such as streams from the hills is tapped. Streams emerging from the forest are channeled to irrigate a series of terrace farming fields, water flows continuously from the upper to the lower terraces.

This traditional method of irrigation is widely used on non-fertile lands and harsh terrains that can be utilized for cultivating rice. The framers also use stones and gunny bags that help in soil maintenance and prevent soil erosion problems. The crops are submerged in water for up to 5 – 8 cm and this level is maintained continuously throughout the year.

After the harvest season, only the ear head of rice is plucked and the straw is left in the field, which then rots and helps in improving the soil fertility. In a few areas of Meghalaya, all the farm operations are done manually and bullock power is only used for field preparations.

Bench terracing is also an important conservation measure for valleys and hill slopes. It is practiced under the rainfed condition, for topo-sequence crops such as maize, bean, and potato which are planted on upper slopes and crops requiring more water such as rice and jute grown on lower slopes. In this way, the excess runoff from upper portion of the slope is nutrient rich, utilized for the lower hill crops.

Bench terrace irrigation has helped farmers in Meghalaya create cultivable land along the sides of a perennial water flow. It is also cost-effective and easy to implement for farmers.

We here at Zizira are doing our best to highlight the traditional methods of farming implemented by farmers of Northeast India. We are meeting farmers and helping them understand that there is a market for their produce. We hope to play a small part in improving returns to the farmers of Northeast India by promoting their products and unleashing the potential of family farms in Meghalaya.

Do you have any questions you would like to ask us? Do you want to learn more about farmers of Northeast India? Be a part of us, join us. 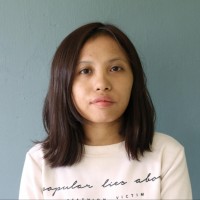