What I Learned from a Ginger Farmer in Meghalaya

Organic farming in the hills of Meghalaya has been a natural tradition. It has developed through practice and experience, as I found in my travels through the farmlands. Here is an example of how sticky rice, a high value product, has been traditionally grown by a farmer whose family lives on normal rice. I also got a glimpse of the ginger cultivation, the organic way. This seems the future of farming success in the state in such hilly regions anywhere.

Four of us from team Zizira were out exploring. It was late January 2016.  About 1.5 hours by car from Shillong, but really only about 30 kilometers south as the crow flies, we reached village Mawtneng, in Ri Bhoi district.

We were at a little lower altitude and a less hilly almost like a valley area. It was really easy to stop and talk to people. They were very friendly and open.

Most of the people in this area depend on agriculture. Their farms are small around 1 acre (I acre – 4046 Sq. Metre or 0.4 Hectare). We ended up talking to the farmer in this photo because I wanted to stop and take a photo of a Willys Jeep that was standing there. I think it was a vintage, late 1940s. They are common in this area, yet I have not heard a good explanation why. Anyway, after stopping we ended up talking to several people.

The farmer in the photo grows sticky rice, potatoes and ginger. He was very friendly and open to telling us about what he grows and who buys it and for how much. He told us that he has 7 kids and that his father was a farmer. Three of his children are married and they farm too.

Download the benefits and uses of the 54 medicinal plants of Meghalaya.

My impression is that the farmers in this area are fortunate to have plenty of water, good soil and the knowledge of farming from many generations. This farmer told us some nuances of farming. He explained that sticky rice grows well on slopes where the water drains and the best sticky rice grows near the river because of the nutrition from the silt. He grows the sticky rice for sale, while he and his family consume the normal rice he grows as he gets about 40% more for the sticky rice. He sells it to a middleman who then sells it in Shillong.

He grows the same ginger strain his father used to grow and he sells it to people from outside Meghalaya. From his description it seems like he more or less accepts the price offered without many other options. Other than sticky rice, normal rice, ginger and potatoes, he also rears goats and cows. The prices of sticky rice, goats and cows are something that the famers are able to determine and they do get a good price for these. Whereas, the prices of ginger and other crops are determined by the middle men who buy from them.

A little further down we spotted a family doing something in a field so we stopped the car and got out. It turned out it was a ginger farmer and his family. It was vacation time for the children (as the schools in Meghalaya close for two months during winter months – from Mid-December to Mid-February) and they were spending time in the fields. The father, a ginger farmer,  was digging up the ginger and his wife and her sister were cleaning it. The woman spoke to me in perfect English. She said the ginger was organically ginger grown with cow dung and rain. They plant in March/April and the let the rains do the rest. Several times during the seasons they use shovels to remove the weeds.

I enjoyed meeting this ginger farmer and seeing how his family worked together during the harvest. He taught me something about his life. I learned that we just need to keep talking to farmers to try to understand why they grow and what they do. We need to know the world of the farmers of Meghalaya to be able to make a difference. 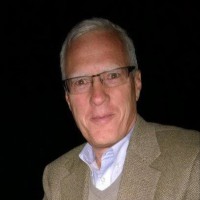 I guess I like to see things grow. I planted my first garden when I was 7. Planted trees in the US, along the Ring road in Bangalore, along the NEHU road in Shillong, in Mexico and now in Chicago. I like to say that I am happiest when I have dirt under my fingernails.
I enjoy seeing organizations grow and make a difference. I guess that is why I love being the CEO of Chillibreeze.