Zizira is always on the hunt for new unique plants and herbs from the hills of Meghalaya. Some may be new, some old, but mostly unknown, even to the locals. As we hunt, we make new discoveries, and it never ceases to amaze us. As we hunt, we want to make our discoveries available to everyone.

We the locals are so close to the source, we do not realize what we have, and we do not appreciate the unique biodiversity that surrounds us.

The clean air that we breathe, the green rolling hills that surround us, the cool climate, the clean rivers and the fresh rain. Nature itself provides.

Realizing the treasures that we have, and that is readily available to us we knew that we can’t sit still without doing something about it.

Once more, we set out on a journey.

This time, our journey was to learn and discover more about a ginger locally called Ing Makhir – Zingiber Rubens, a native to Northeast India. We set out for Mookhap, a village located 2.5 Kms away from Shillong, near Jowai.

On arriving, we met with Bah E. War, one of many Ing Makhir farmers from Mookhap. The Ing Makhir ginger is known for its therapeutic qualities. Traditional healers use it to treat babies from various digestive problems and other ailments both internal and external. It is also used to cure various ailments like:

Ing Makhir culinary usage is only limited to preparation of Tungrungbai, a traditional Khasi chutney made out of fermented soya beans, chillies, black sesame (Nei Iong) and the Ing Makhir is mainly used to help curb any stomach problems. The rhizome of Zingiber family is very potent and have high gingerol content. The presence of bioactive compounds such as gingerols determines the price of ginger in the market.

However, the Ing Makhir’s low market demand and the lack of awareness about its medicinal properties, the ginger production is limited to the kitchen garden and home consumption.

Ing Makhir is yet to make its mark in the market.

Seeing its market potential, we decided to take back as much Ing Makhir ginger as we can. Apart from the ginger, we sourced form Mookhap; Bah E. War was able to procure some of the Ing Makhir from Thangthrieng, Khadkasla, Mawtyiarshiah, Maitdieng, and Mookhap village.

We left Bah E.War with a hope that we can fulfill the opportunity that Zizira has been able to identify and open up markets for this less known potent ginger.

Making Ing Makhir Available to All

We tested the Ing Makhir that we brought back from Mookhap, and it was found to have higher gingerol content than the regular ginger consumed at home.

The team put in lots of thought on how Zizira can repurpose the Ing Makhir so that we can also make it available to Zizira customers as well. After a lot of research, experiment, and testing, we came up with a few blends where we can incorporate the less known ginger with its health benefits into.

Zizira Lakadong Turmeric is so much sought after that we decided we had to make a blend out of the Lakdong Turmeric, which is the best turmeric variety available with high curcumin content, with some of the other medicinal herbs and plants sourced directly from Zizira loyal farmers. With the discovery of Ing Makhir, we knew we hit the jackpot! We realized that, if we add the Ing Makhir to the blend, it is going to be the healthiest blend rich with medicinal properties. We thought of a second product that customers can take with any of their drinks. A blend that can be added to water or a juice, or tea or any beverages for that matter. All you have to do is add a small spoon full or 1/4 of a spoon of the blend into your drink.

The infusion includes Bhut Jolokia, Stevia, Lakadong Turmeric, Cinnamon, Ing Makhir (medicinal ginger), and Black Cardamom. All the health benefits that you can have in one drink!

3 Quick & Easy Recipes With Lakadong Infusion You Can Try

We recently launched the Ing Makhir Fit Tea. It is a blend of Ing makhir (medicinal ginger), Oolong tea, Lemongrass, and Szechuan peppercorns. Each ingredient was carefully selected so that the nutritional value of each product complimented each other.

We are also making Ing Makhir available to customers in the sliced and dried form. This form increases the shelf life of the ginger, and it also retains its medicinal properties.

Ing Makhir Ginger is on its way to becoming the next Lakadong Turmeric.

We are working on products that will make the Ing Makhir accessible to everyone apart from Northeastern India so that they too can experience the health benefits of the potent ginger that Meghalaya has been enjoying for decades.

Do you know more about the Ing Makhir ginger? Please leave us a comment. 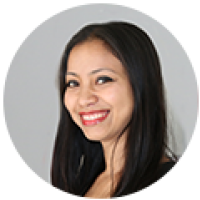 Started out in Chillibreeze as a PowerPoint designer and realized that her niche was in marketing. She is now working fulltime as a senior marketing executive. She has a passion for writing and is very curious by nature. Loves animals and environment.