A ‘Spice festival’ to Unleash Meghalaya’s Flavour on the World

Spices from India’s Northeast, especially from Meghalaya, are among the best in the world. That’s a proven truth. Gram for gram, they outshine the turmeric, the pepper, ginger and the rest from anywhere. But the farmers stay poor, at subsistence levels, still hanging onto to their healthy, chemical free organic farming ways. But change might be afoot. Zizira tells you how.

It started as a ‘spice festival’, a novel idea conceptualised by the Horticulture Department of Meghalaya in collaboration with the Spices Board India. This was an attempt to tap the potential of Meghalaya in the spice market. It was a two-day event held at the All Saint’s Hall, Shillong from March 15, 2016.

Zizira’s explorers realized that this was possibly the beginning of something good and something big for the farmers of the region. So we set out for the festival.

It was quite a show when we arrived: an array of 20-odd booths displaying a variety of spices ranging from ginger, pepper, turmeric, bay leaf, garlic and winged prickly ash, among others. We counted out the organizations involved. They were:

P.S. Kharnaior, District Horticulture Officer, East Khasi Hills, inaugurated the event. He laid out the basics: “Spices from Meghalaya such as ginger and turmeric have a high demand in the global market due to their superior quality. However, the produce does not benefit the farmers as it should since most of the middlemen or local traders exploit the farmers giving them a bare minimal rate for the produce,” he said.

The key event was the “buyer-seller meet” that happened on the second day. Traders and distributors were introduced to the local farmers. This connection could prove useful for both. According to a farmer the highlights were as follows:

Chief guest of the event, Principal Secretary in charge of Agriculture, Shri M.S. Rao asserted: “For the past 15 years I have heard of the tremendous potential of Meghalaya in spices production, but unfortunately, we have not been able to cash in on that potential. There are certain causes we need to identify. Spices Board India has dedicated field officers all over the Northeast. They are the experts in this area and we should take full advantage of their presence in Meghalaya. We need a realistic strategy over a dedicated time frame and create a roadmap.

As per a report from 2005, the core issues include post-harvest management, marketing and infrastructure. These constraints haven’t changed till date; the farmers still have the same problems they had 11 years back. I hope something very concrete and constructive will emanate which can lead us to a realistic roadmap”, he added.

A Step to Promote Spices of the Region

The event was the first of its kind in Meghalaya and active participation from different organizations took the event to the next level. The two-day event covered topics highlighting the importance of spices in the state and several experts shed light on the impeding challenges faced by the farmers.

The event included sessions on post-harvest management and marketing of spices, the export potential of spices from Meghalaya, processing and Agmark specification for spices, scope of spice cultivation in Meghalaya and the buyer-seller meet. Meghalaya has an enormous upper hand with regards to the untapped potential of spice production in the region. Subsistence farmers of the state have been practising traditional farming methods which do not include the use of chemical-based fertilizers, pesticides and herbicides. And there is a growing need on both the domestic as well as the international market for foods grown without any chemical intervention. This is a potential which is very real, yet remains hidden. For one, the entire Northeast region is somewhat isolated from the rest of the country, which makes trade and commerce a challenge. This in turn holds up the market potential of the region, thereby restricting access to markets for the farmers here.

Do you think this initiative by the government will lead to an increase to the spice production of the state? Let us know what you think. 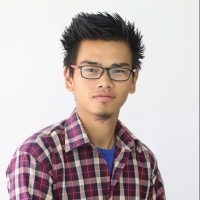